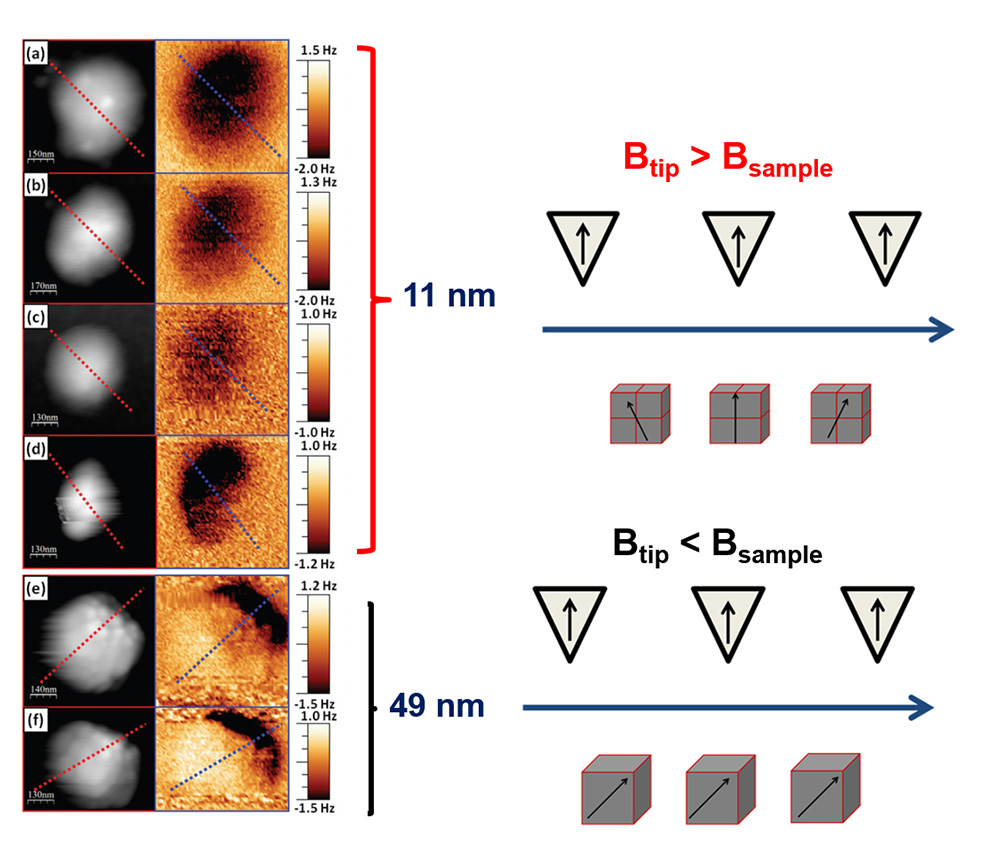 Magnetic domain configurations in two samples containing small aggregates of Fe3−xO4 nanoparticles of about 11 and 49 nm in size, respectively, were characterized by magnetic force microscopy (MFM). Two distinct magnetic behaviors were observed depending on the particle size. The aggregates constituted of nanoparticles of about 11 nm in size showed a uniform dark contrast on MFM images, reflecting the predominant superparamagnetic character of these particles and arising from the coherent rotation of the spins within the aggregate as the latter align along the tip stray-field. By applying a variable in-plane field, it is possible to induce magnetic polarization yielding an increasing dark/bright contrast as the strength of the applied field overcomes the stray-field of the tip, although this polarization completely disappears as the remanent state is recovered when the magnetic field is switched off. On the contrary, for aggregates of NPs of about 49 nm in size, dark/bright contrast associated with the existence of magnetic domains and magnetic polarization prevails in MFM images all along the magnetic cycle due to the blocking state of the magnetization of these larger particles, even in the absence of an applied field. All in all, we unambiguously demonstrate the capabilities of magnetic force microscopy to distinguish between blocked and superparamagnetic states in the aggregates of magnetic nanoparticles. Micromagnetic simulations strongly support the conclusions stated from the MFM experiments.

This website uses cookies to improve your experience. We'll assume you're ok with this, but you can opt-out if you wish.Accept Read More